Club Member of the Year

The Border Bushwalking Club awards the title of Club Person of the Year to a member who has contributed significantly to the activities of the club for the prior year. The awardee is chosen by the previous recipient and the award is announced at the annual Christmas Party.

Here is a list of the recipients by year: 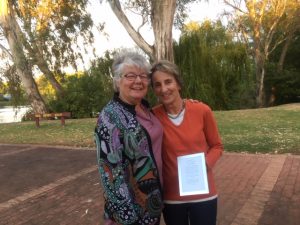